Round after round of thunderstorm complexes have not only put a dent in long-term drought in parts of the Plains but also have the upper Mississippi River on the rise.

Rainfall between two and three times that of normal has fallen on portions of the northern and central Plains so far this June with near normal to double the average rainfall for the month in many areas farther south. Additional rounds of showers and thunderstorms are in the forecast through the coming week. 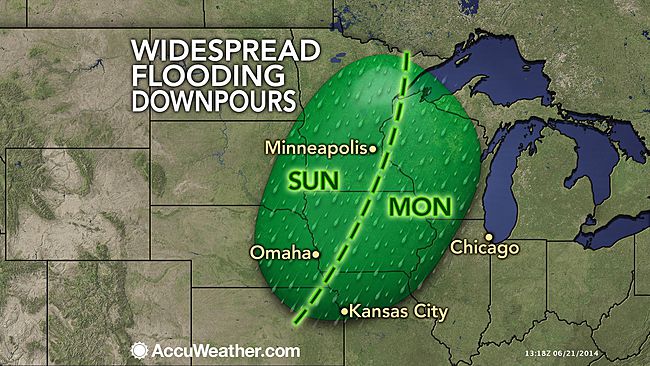 A large portion of the central and northern Plains will finish June with over a foot of rain.

The greatest amount of rain from Sunday to Monday will focus across Kansas and southern Nebraska, where an average of 2 to 3 inches is likely and the ground will absorb much of the water. However, another 1 to locally 2 inches of rain can fall…