Sunshine Hours has a post, which analyses the difference in trends between Estimated and Non-Estimated data on the USHCN Final dataset. He finds that the warming trend for the Estimated data since 1895 is consistently greater than the Non Estimated. For instance, December: 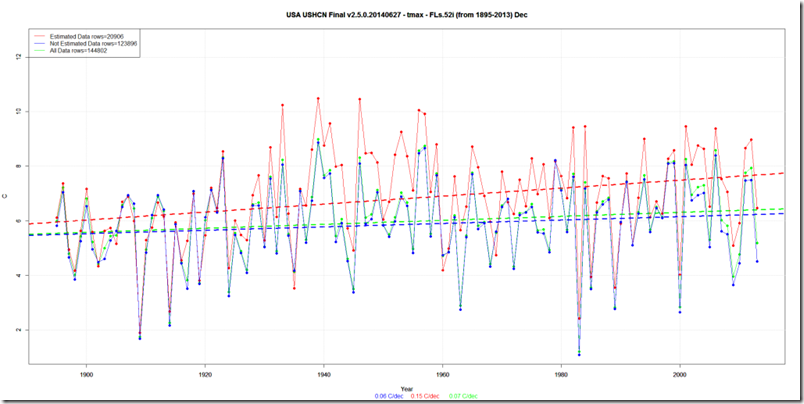 You can see the graphs clearer at his blog, but the red line is the plot of Estimated data, and the blue is Non Estimated. Remember that the Non Estimated is adjusted and not raw data.

Of course, it may just be the case that all of the stations, where data has to be estimated, just happen to be in parts of the country where warming has been greatest.

And, of course, it is also possible that fairies live at the bottom of my garden.