Skip to content
HomeEarly Freeze Up For The Great Lakes

I don’t suppose we will hear this news from Roger Harrabin anytime soon.

Cold temperatures and snow across the Great Lakes in November is certainly nothing out of the ordinary, but this morning, a layer of ice was visible on parts of Lake Superior in Ashland, Wis.

While this may not seem unusual given the current stretch of unseasonably cold temperatures, it is actually several weeks earlier than normal.

The first sightings of ice on Lake Superior and the Great Lakes overall usually occur during the beginning to middle of December. However, a perfect combination of last season’s record ice coverage, cooler summer temperatures, and an early blast of arctic air this fall has allowed for areas of ice to form earlier than normal for the second year in a row. 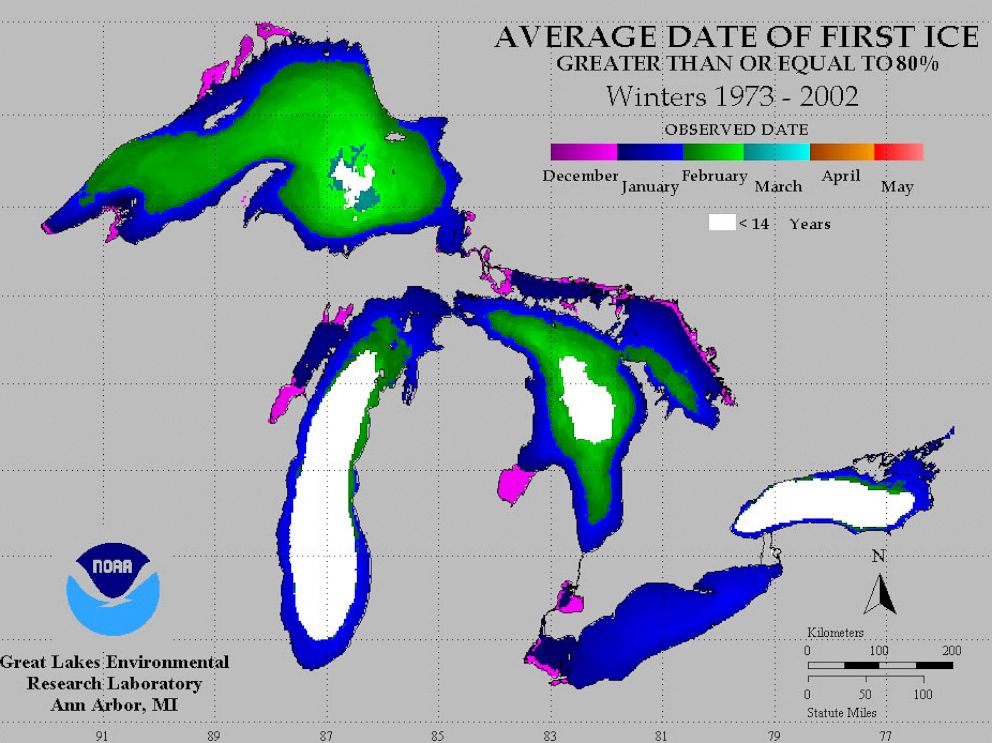