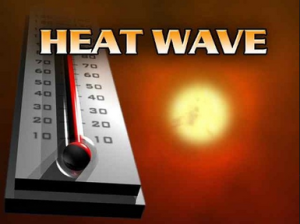 The Philippines is in the grip of a heatwave that has killed two people as temperatures soar to a scorching 40 deg C or higher.
In Tuguegarao city, 480km north of the capital Manila, two people died of heatstroke on Tuesday. The city was reported to have baked in heat of up to 42 deg C early this week.
Health officials said Mr Edwin Galupan, 53, was found lifeless on his cassava farm, while Madam Bannawag Lucas, 62, died inside her home.
Reservoirs that supply tap and irrigation water across the main island of Luzon are drying up fast, threatening crop harvests. This could force the nation to import more rice and corn this year.

The water level is dropping in the Angat Dam reservoir, the main source of water for more than 21 million people in metropolitan Manila and seven adjacent provinces. Irrigation to farmlands and…