April 1st 2016 – Thought for the day by Piers Corbyn
UnHappy All-Fools day!
All manner of “Greens”, supporters of the anti-CO2 warmistas religion and hedge-fund asset-strippers across the EU are in ecstasy today.
Their dream of destroying the core of UK industry and ending forever the Made in England label is coming true; while Made In Germany where the heirs of Krupp steel reign and pull the strings of the EU is OK Danke.
Teesside is DEAD firstly thanks to EU-UK anti CO2 policies embodied in the hated ClimateChangeAct 2008 and related EU-UN diktats/guidelines which hike-up UK energy prices making the demise of Steel and ALL UK heavy industry a dead cert.
The final No-Turning-Back mutilation of once proud world-leading industries is delivered by the evil EU Emisssions Trading Scheme (Scam), the EUETS, through which asset-stripping owners or pretend-saviours of forced-to-fail Carbon-heavy industries accumalate carbon credits as production is wound down and on final-closure and sale of the land and livelihoods of whole communities, towns and regions.
TAKE THE CARBON CREDITS OUT OF UK, and so DENY the continuation of manufacturing industry in the UK. Instead they use ‘their’ carbon-credits to set up alternative steel etc production in India with supporting UN-EU etc funding. There is no reduction (in fact increase) in CO2 ouput just massive profits for the banksters dong the deals and misery, all paid for by us UK+EU -electricity-‘green’ surcharge payers & taxpayers.
That is what happened in Teesside/ Redcar. This is what is about to happen in PortTalbot. 40,00 jobs are on the line. Make no mistake, any bankster-rescuer will be a Carbon-credits thief and asset-stripper.
Only NATIONALISATION by UK government to Save UK Steel will work and with it we must solve the core problem –
Repeal the Climate Change Act and terminate the UN Climate Committee (IPCC)
Leave the EU and destroy the EUETS (Emissions Trading Scheme (Scam)).
Those who think that anti-carbon green policies are OK because they are somehow (even though based on data fraud) a “progressive lie”, have been fooled.
The FACT is CO2 levels don’t control climate they are controlled BY climate (temperature) [see presentations above] and the ‘Save The planet’ meaures propogated by the UN, EU, Green Party and all manner of sidekicks: FoE, GreenPeace and Aljazeera which is owned by BigOil state Qatar, dont reduce CO2 but move it around to the benfit of banksters and the dis-benefit of communities who want to do useful work.
If you want to defend bio-diversity or ride a bike or save tin-cans or hug-trees, just DO IT. Buying into a Lie to do ‘good’ never worked. 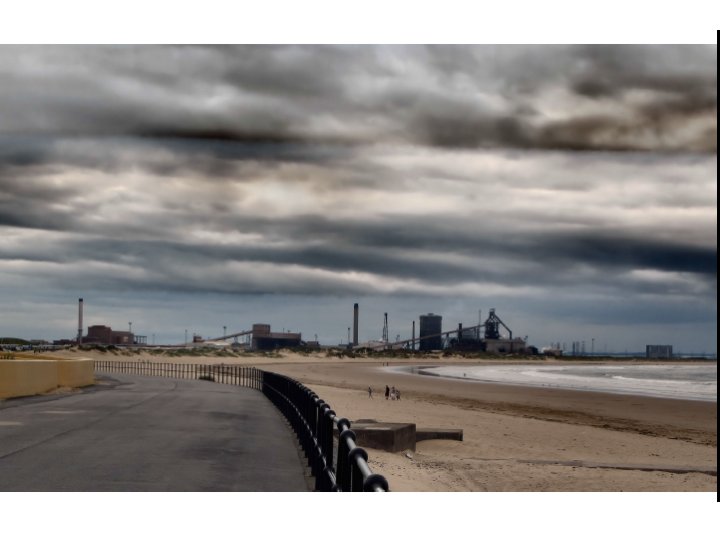 DEAD Teesside, killed by anti-Co2 EU-led diktats & price hikes .
The UK ClimateChangeAct 2008 (All party support), European Emmision Trading System (#EUETS) anti CO2 diktats and #TTIP (Transatlantic Trade and Investment Partnership) are all part of a process to destroy UK industry, asset-strip the rubble and FORCE privatisations all over the place including NHS and other services.
Pic Lou Mackenzie in PiersCorbyn’s presentation at Exeter Uni GoGreen Week.

Click here to get prices, buy forecasts and donate to WeatherAction Research