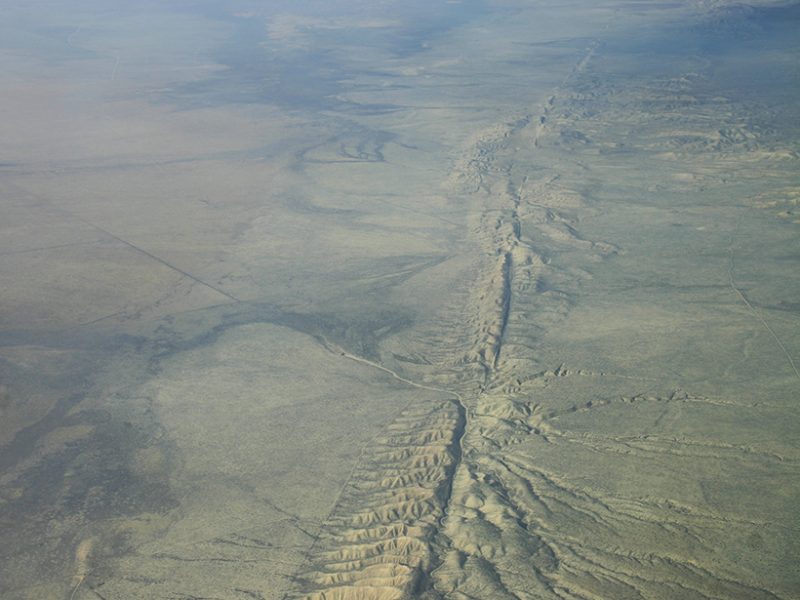 Aerial view of the San Andreas Fault at the Carrizo Plain. The number of deep, slow-moving earthquakes that rumble near here rises and falls with each tidal cycle. Credit: Ikluft

Much like ocean waters rise and fall during daily tidal cycles, the Earth’s crust bows outward, then relaxes every day, pulled by the Moon. The ocean also rises and falls on 2-week tidal cycles when the pull of the Sun reinforces the tug of the Moon, a phenomenon also observed in Earth’s crust.

According to new measurements, this bulging of the crust every 2 weeks cyclically increases the numbers of small earthquakes that take place deep in the San Andreas Fault. These temblors occur between 15 and 30 kilometers underground and release too little energy too slowly to be felt by anyone on the surface.

What’s more, the pattern of these slow-moving earthquakes reveals…

One thought on “From Eos: “Tiny, Deep Quakes Increase on San Andreas as Tides Tug on Fault””