His science is of about the same dubious level as his house testimony
https://youtube.com/watch?v=DPUMztYMuis 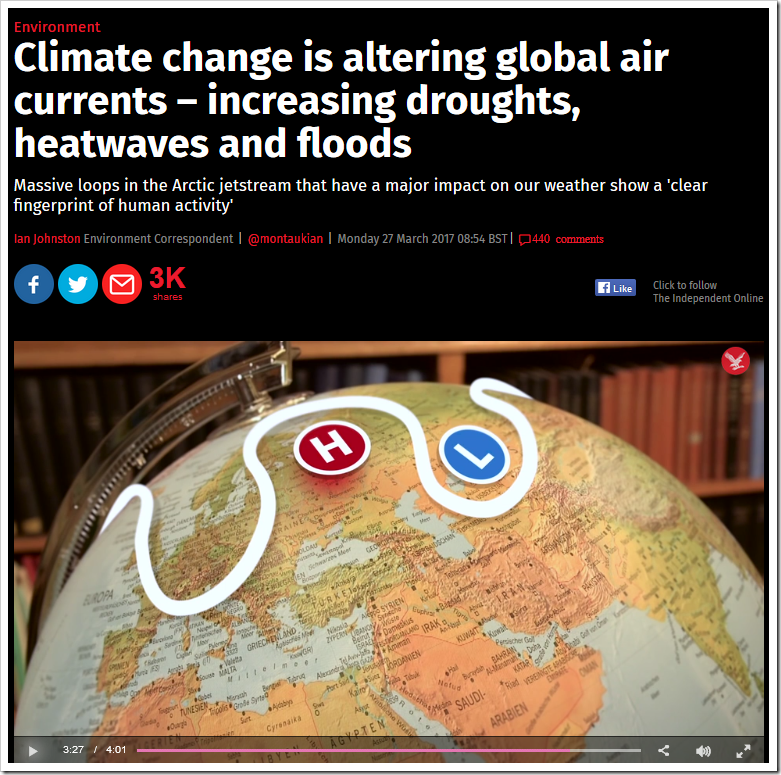 One of the “scientists” who demonstrated conclusively that global warming was an unnatural event with the famous “hockey stick” graph is now warning that giant jetstreams which circle the planet are being altered by climate change.

Professor Michael Mann said extreme weather events – such as the “unprecedented” drought in California last year, the flooding in Pakistan in 2010 and the heatwave in Europe in 2003 – were happening more often than they should do, even taking the warming climate into account.

This, he said, meant there had to be an additional factor.

​Jetstreams are influenced by the difference in temperatures between the Arctic and the equator.

But the Arctic has been warming much faster than tropical climates – the island of Svalbard, for example was 6.5 degrees celsius warmer last year compared to the average between 1961 and 1990. The land has also been warming faster…