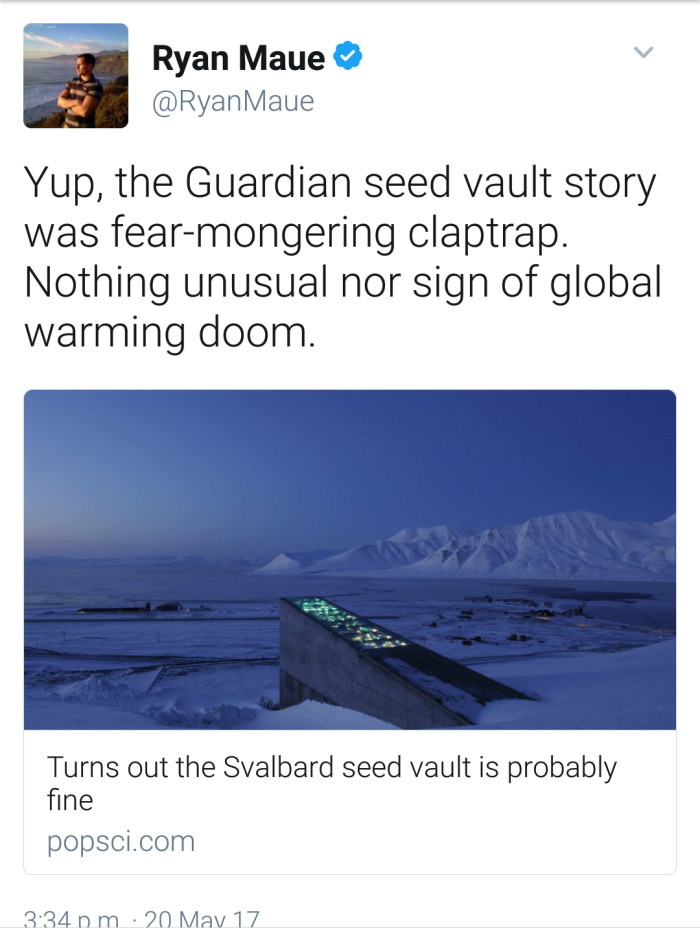 Ryan Maue sniffed something very wrong with the Guardian’s story. The Guardian don’t fact check when it comes to pushing their religious agenda. I wouldn’t be surprised if they publish a story that penises cause climate change.

…soaring temperatures in the Arctic at the end of the world’s hottest ever recorded yearled to melting and heavy rain, when light snow should have been falling. “It was not in our plans to think that the permafrost would not be there and that it would experience extreme weather like that,” said Hege Njaa Aschim, from the Norwegian government, which owns the vault.

The vault’s managers are now waiting to see if the extreme heat of this winter was a one-off or will be repeated or even exceeded as climate change heats the planet. The end of 2016 saw average temperatures over 7C above normal on Spitsbergen, pushing the permafrost above melting point.

“The question is whether this is just happening now, or will it escalate?” said Aschim. The Svalbard archipelago, of which Spitsbergen is part, has warmed rapidly in recent decades, according to Ketil Isaksen, from Norway’s Meteorological Institute.

“The Arctic and especially Svalbard warms up faster than the rest of the world. The climate is changing dramatically and we are all amazed at how quickly it is going,” Isaksen told Norwegian newspaper Dagbladet

It is of course total BS; 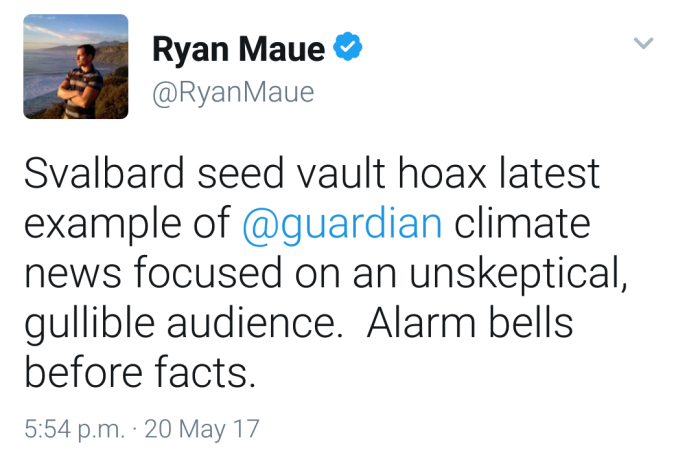 Instead we have true believers. You are not employed for your abilities but your conformity.