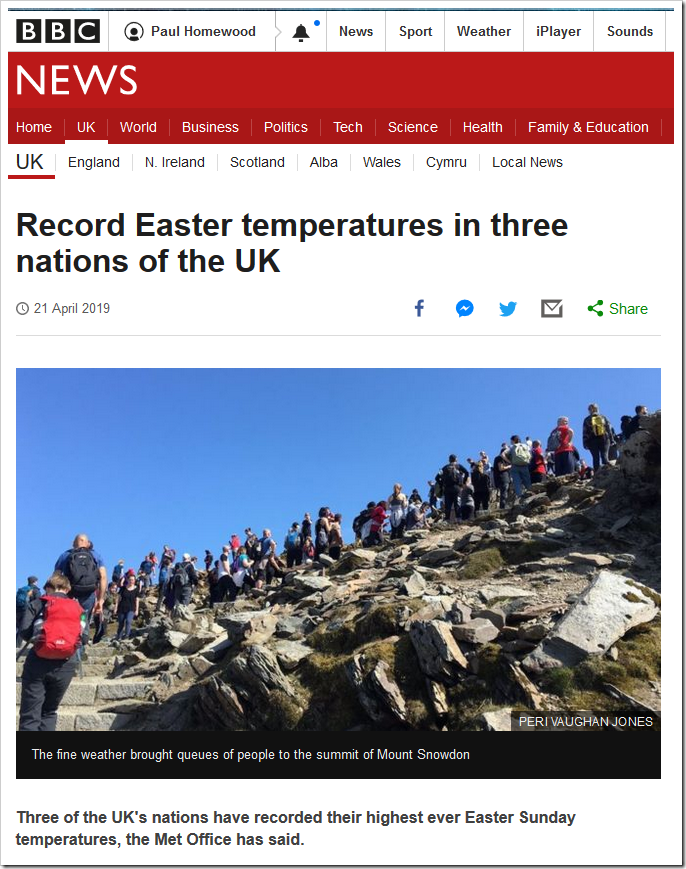 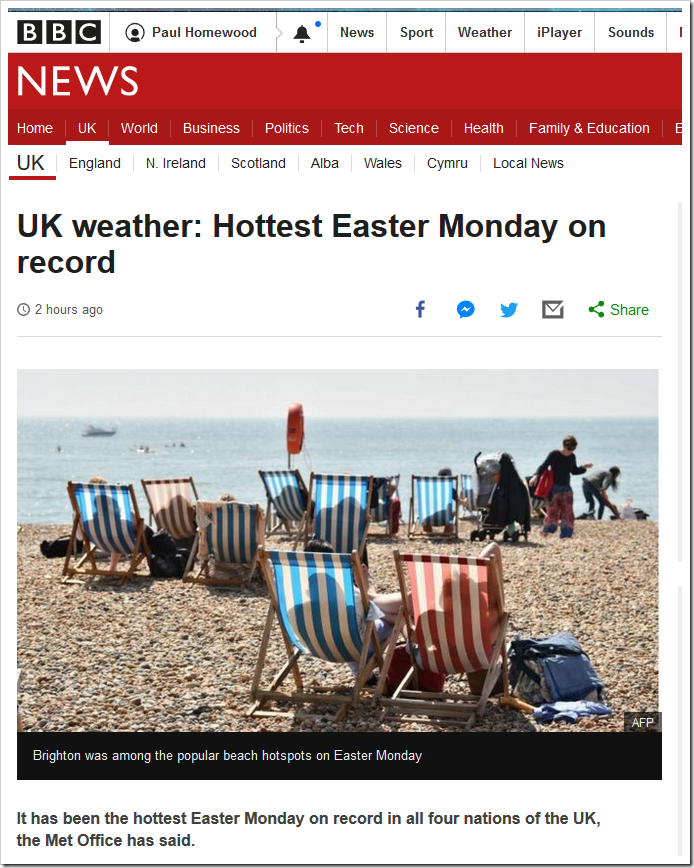 OK, this nonsense might be alright for the Guinness Book of Records, but the BBC know full well it is meaningless, as this Easter is one of the latest on record, with many Easters occurring in March.

At no stage is this pointed out in any of the reports, which are written deliberately to foster belief in global warming.

To put this Easter into perspective, the highest temperature recorded over the weekend was 77.9F at Gosport on Saturday. It was also the hottest day of the month.

However this was way below the temperature set at Camden on Easter Saturday in 1949 of 85F, which is also the highest April temperature on record in the UK.

As this week, there was an extended spell of high pressure…