Skip to content
HomeNew Attempts To Erase The MWP & LIA

No matter their reconstructions and revisions whilst some of us still have voices we will speak out against the malignant ignorance of these people. We cannot let our past be taken from us.

The most effective way to destroy people is to deny and obliterate their own understanding of their history.” – George Orwell

There have been many attempts to get rid of the Medieval Warming Period and Little Ice Age, and here’s another one: 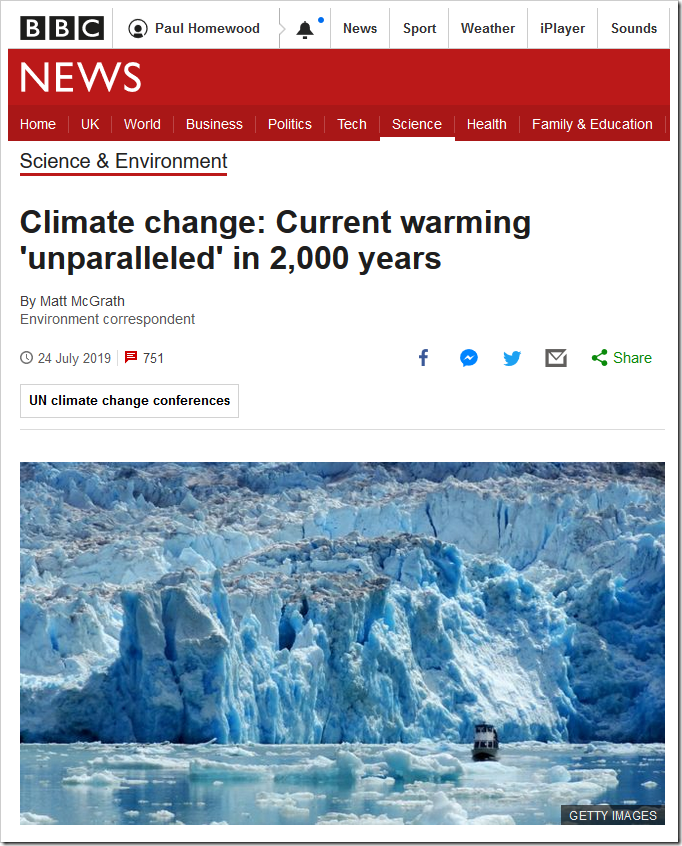 The speed and extent of current global warming exceeds any similar event in the past 2,000 years, researchers say.

They show that famous historic events like the “Little Ice Age” don’t compare with the scale of warming seen over the last century.

The research suggests that the current warming rate is higher than any observed previously.

The scientists say it shows many of the arguments used by climate sceptics are no longer valid.

When scientists have surveyed the climatic history of our world over the past centuries a number of key eras have stood out.

These ranged from the “Roman Warm Period”, which ran from AD 250 to AD 400, and saw unusually warm weather across Europe, to the famed Little Ice Age, which saw temperatures…