Skip to content
HomeGreta Thunberg’s Message Of Doom Is Religion, Not Reality

We can but hope this trend away from alarmism continues, but all it takes is a hurricane for the loonies to come out of the woodwork again and drown out any sain voices. 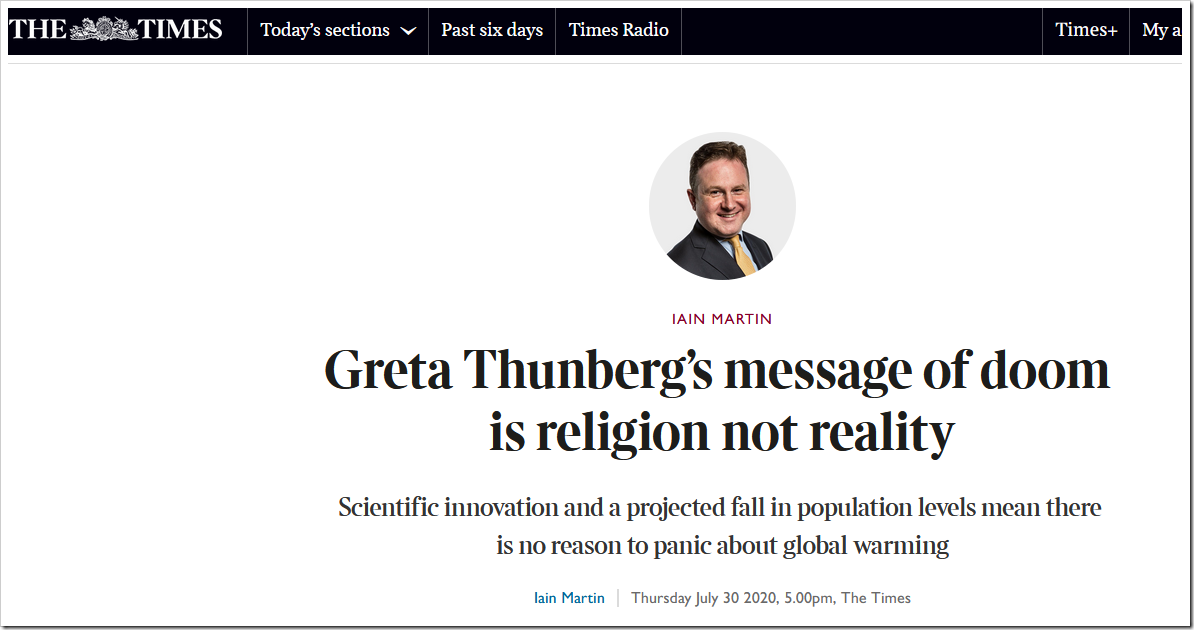 In January, the great and not so good of the corporate elite gathered at Davos for another telling off from Greta Thunberg.

“One year ago I came to Davos and told you that our house is on fire,” the climate activist reminded delegates. “I said I wanted you to panic.” In the intervening year they had not panicked enough, she said.

Although the meeting of the World Economic Forum was dedicated to creating a “Cohesive and Sustainable World”, and corporate culture has gone obsessively green, the naughty capitalists and greedy governments refused to end the use of fossil fuels instantly.

The rotters refused to extinguish commercial lifestyles to save the planet from imminent immolation.

Ironically, even as the high priestess of the Extinction Rebellion religion preached her sermon, Covid-19 was sweeping in from China and weeks later would shut down the world economy.

Since then we have…