The theory was always bunk. A cursory look at historical patterns would show that these patterns have occurred before, long before polar amplification could have possibly had an effect.

Matt Brewer and Cliff Mass <em>”looked at global climate models driven by rapidly increasing greenhouse gases and found that high-pressure areas like that seen last week will WEAKEN under global warming. Just the opposite of what Professor Mann was suggesting.”</em> 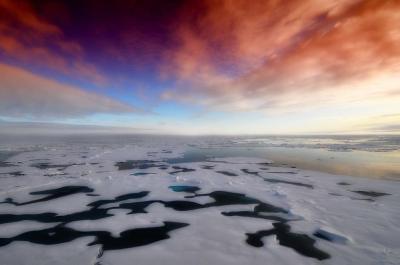 Arctic sea ice [image credit: Geoscience Daily] ‘New research is pouring cold water on once-hot theory’ – WashPo. Researchers refer to ‘overestimation’. (Weird in this context at least tends to mean something like ‘not well understood’).
– – –
An influential, highly publicized theory — that a warming Arctic is causing more intense winter outbreaks of cold and snow in midlatitudes — is hitting resistance from an ongoing sequence of studies, including the most comprehensive polar modeling to date, says the Washington Post.

The idea, first put forth in a 2012 paper by Jennifer Francis, now at the Woodwell Climate Research Center, and Stephen Vavrus, at the University of Wisconsin at Madison, is that two well-established trends — Arctic amplification (intensified global warming at higher latitudes) and depleted sea ice — can force the polar jet stream to dip farther south, thus causing more intense bouts of winter weather…