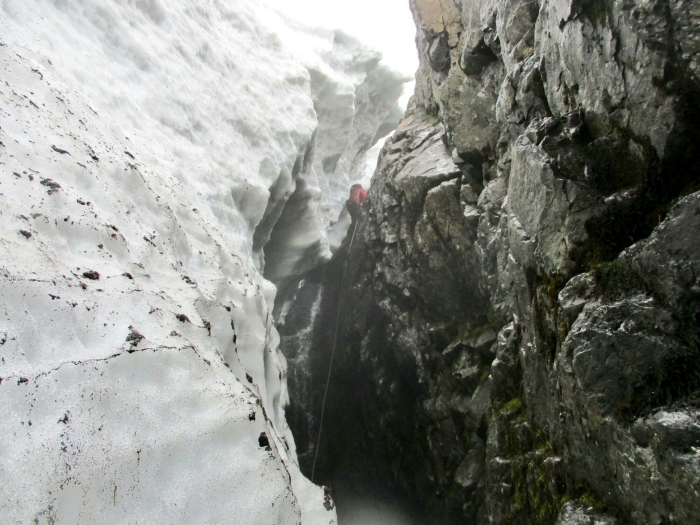 Climbers have encountered deep snow on Britain’s highest mountain while assisting in a scientific project on the peak.

It is not unusual for Ben Nevis to have coverings of snow all year.

However, snow expert Iain Cameron has described the depth of the white stuff on the mountain’s North Face as “astonishing”.

Photographs of the snow, which could be more than 15m deep in places, were taken by Highland Mountain Company.

The firm is assisting scientists who have reached the final week of a three-year programme to survey geology and also fauna and flora on the North Face of the Munro near Fort William.

On Twitter, Mr Cameron tweeted the Highland Mountain Company’s photographs with the message: “Spot the climber.

Mr Cameron, who studies, photographs and writes about snow, has previously investigated evidence of an avalanche thought to have occurred during the summer last year in a remote mountain range in the Highlands.

Last year, Mr Cameron recorded 73 patches – the most for 21 years. He said the snow survived because of a cool spring and frequent snow showers until June.

The scientific team surveying the North Face on Ben Nevis have encountered snowy conditions before.

In 2014, they came across hazards common in arctic and alpine areas but described as “extremely unusual” in the UK during the summer.

Neve is the first stage in the formation of glaciers, the team said.