The media have had a field day the past few weeks as heat induced mania has taken over the usual suspects; 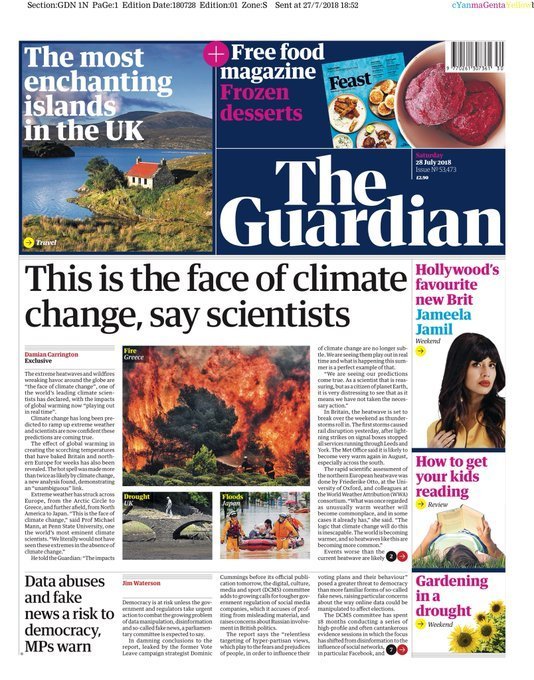 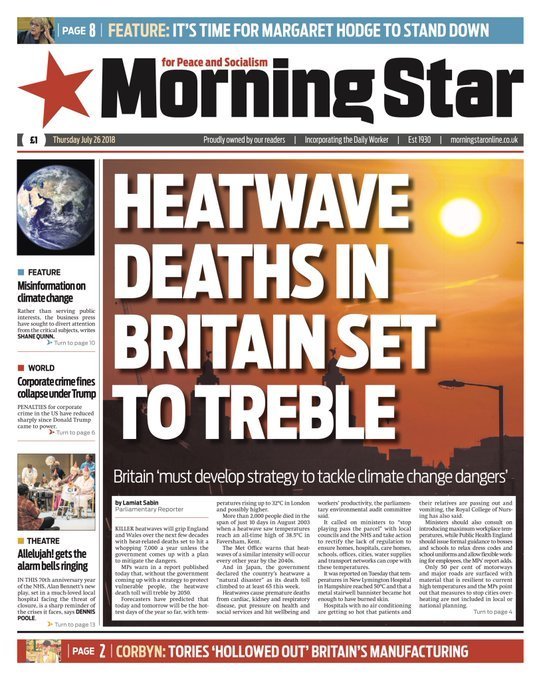 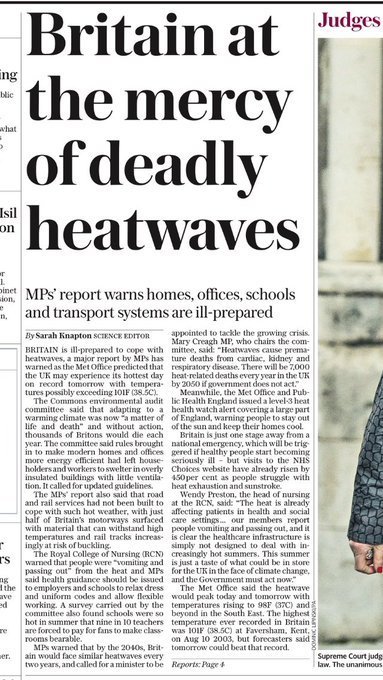 To those who really should know better; 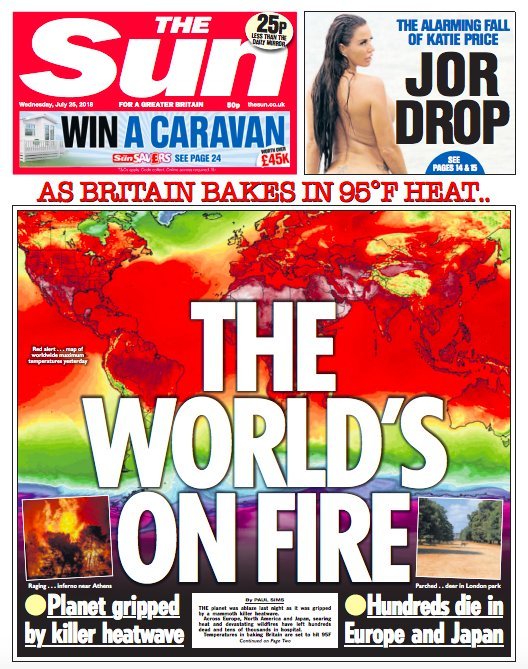 It always amazes how Co2 manages to be so selective that it almost exclusively gets rolled out every time there’s some heat (in summer!) yet we have Omerta when it comes to record cold. 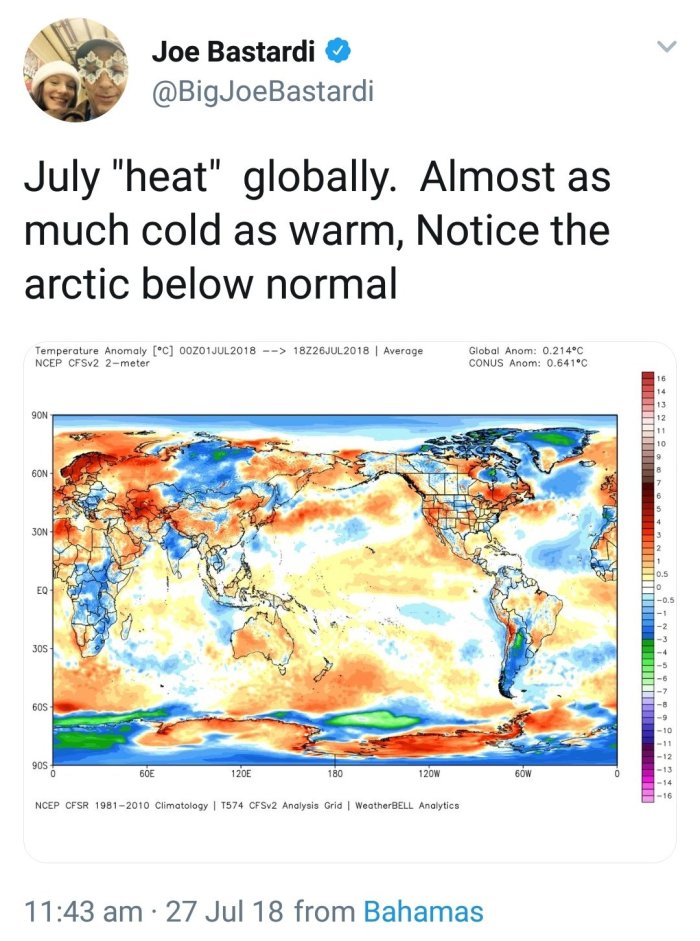 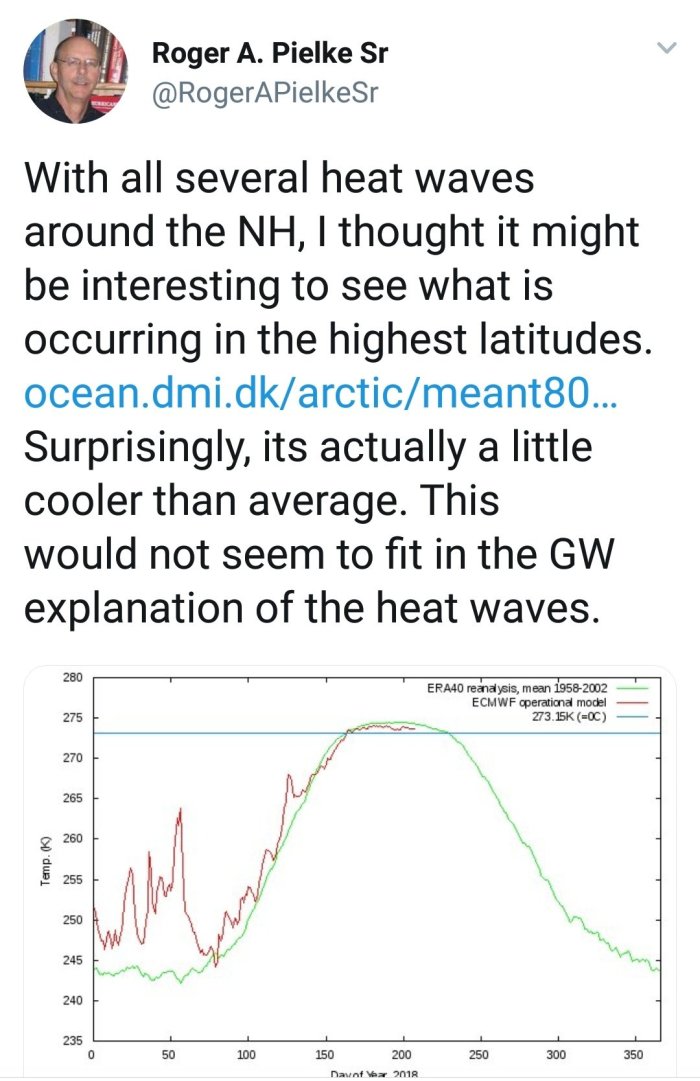 It is the type of irresponsible band waggon jumping that we expect from politicians not scientists; 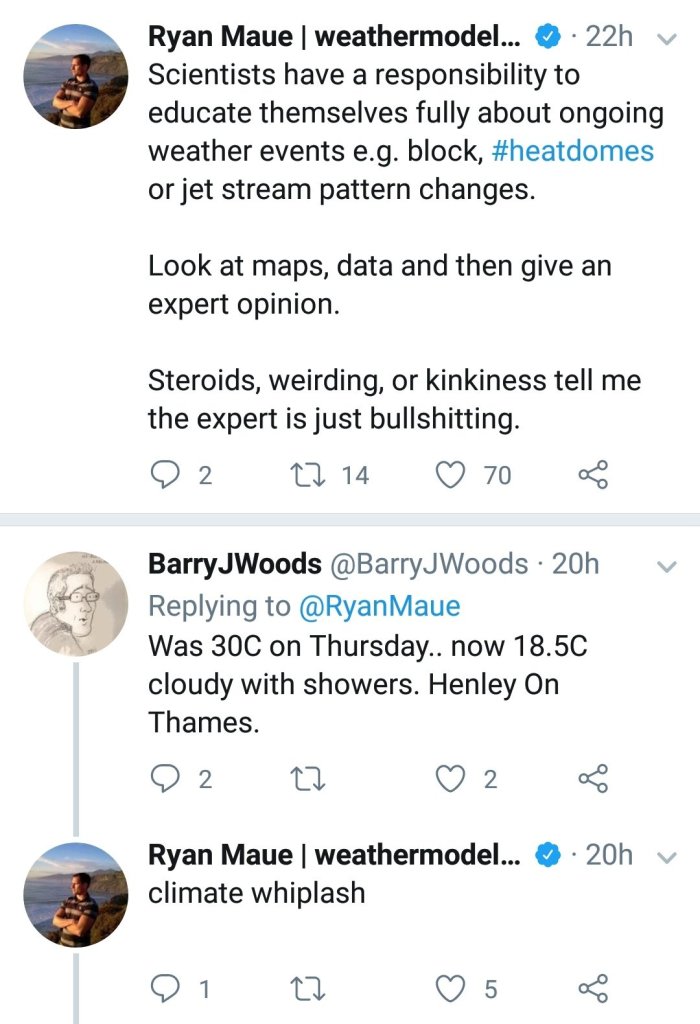 It also makes you wonder how Piers Corbyn was able to predict the blocking induced heatwave using Lunar and Solar influences and not the magically selective CO2 fairy dust? 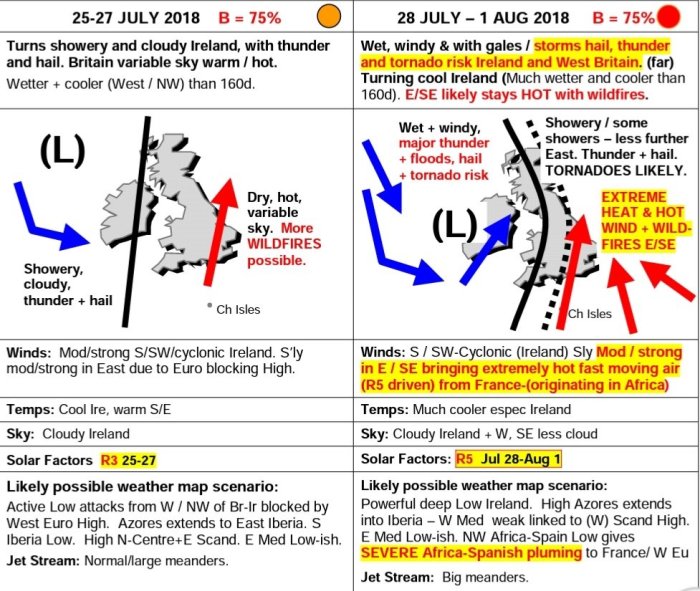 WeatherAction.com predicted the present heatwaves in Europe, UK+Ireland and notable cold in East USA months ahead using solar activity methods.
The idea of a ‘world heatwave’ now or that these events are anything to do with Man-made CO2 is delusional nonsense. Greenland, the Arctic and Antarctic have HUGE AMOUNTS of NEW ice, Australia is record cold and extreme cold in parts of South America is killing large numbers of Llamas.
Overall the world is colder than normal and will get colder in coming years; yet the media put forward insane fictional scare stories about more people to die in heatwaves. Death by cold is more common and it is that which will increase in coming years made worse by energy poverty driven by anti-CO2 policies .
The notable thing about the present and recent months is the extremes, large rapid changes within days and huge contrasts between regions.
The cause is the wild Jet-Stream, as expected by our Solar-Lunar theory, especially its long North-South sweeps in both hemispheres. CO2 has no role in this whatsoever and the Main-Stream media are dishonestly exaggerating warmth and ignoring major cold events simply to promote their deluded world view and exploitative anti-CO2 policies.

The use of any heat as justification for the rapidly failing carbon dioxide as climate control knob is nothing less than a fraud because none of this is new as Tim Ball explains in a recent WUWT article [emphasis added];

Patterns of very warm and very cold readings are occurring around the world, especially in the middle latitudes. If Santer had shown any interest in what Professor Lamb was doing at the CRU, he would know that Lamb was reconstructing and determining these patterns in the middle latitudes through most of his career. Unfortunately, and I witnessed it, Lamb was ostracized in the unit even though he came and worked diligently every day. His work of reconstructing past weather patterns to understanding causative mechanisms was ignored by all those working on failed computer models.

It is not hard to see that conditions in the middle latitudes from 30 to 65° of latitude and sometimes beyond are markedly different. Meridional Flow sees high amplitude Waves that create predominantly north/south winds, greater extremes of temperature as polar air pushes well south and subtropical air well north, and greater extremes of precipitation. The interesting phenomenon not fully understood is what meteorologists call ‘blocking.’ For some reason, under extreme Meridional conditions, the Rossby Waves that normally migrate from west to east stall. This leads to prolonged periods of whatever condition a region is experiencing and people become uneasy.

The historical record shows the length of time a predominantly Zonal or Meridional Flow persists, varies considerably. For example, weather patterns in the 14thcentury were predominantly Meridional for most of the century. It got so summers and winters, as reported by diaries throughout Europe, were almost indistinguishable. Crops failed, people were malnourished, but insects and diseases survived the winter causing extensive outbreaks of plagues in vulnerable people. We saw similar conditions in the 17th century as harvest failures and plagues struck again. Indeed, one winter was so mild that diarist Samuel Pepys reported that King Charles ordered a day of prayer for colder conditions. It didn’t help because the plague hit London in 1665.

And what is happening 0on the other side of the hemisphere? Are they experiencing high pressure blocks per chance? 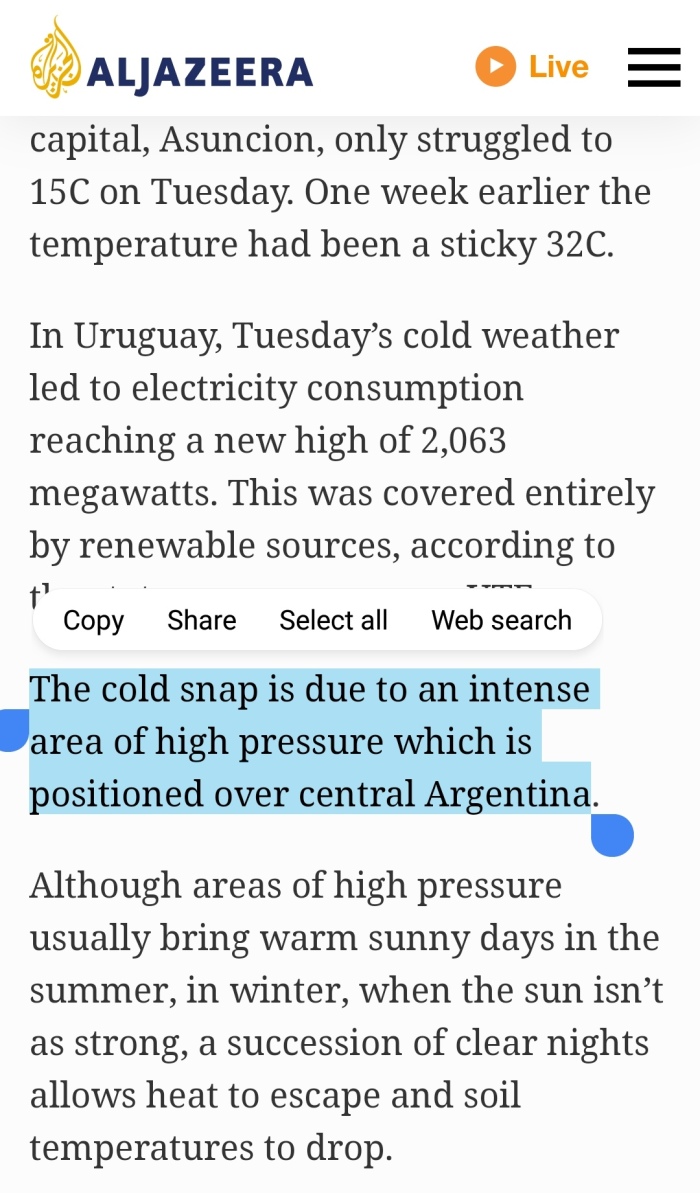 Clearly this can only be Co2 fairy dust at work and not this;